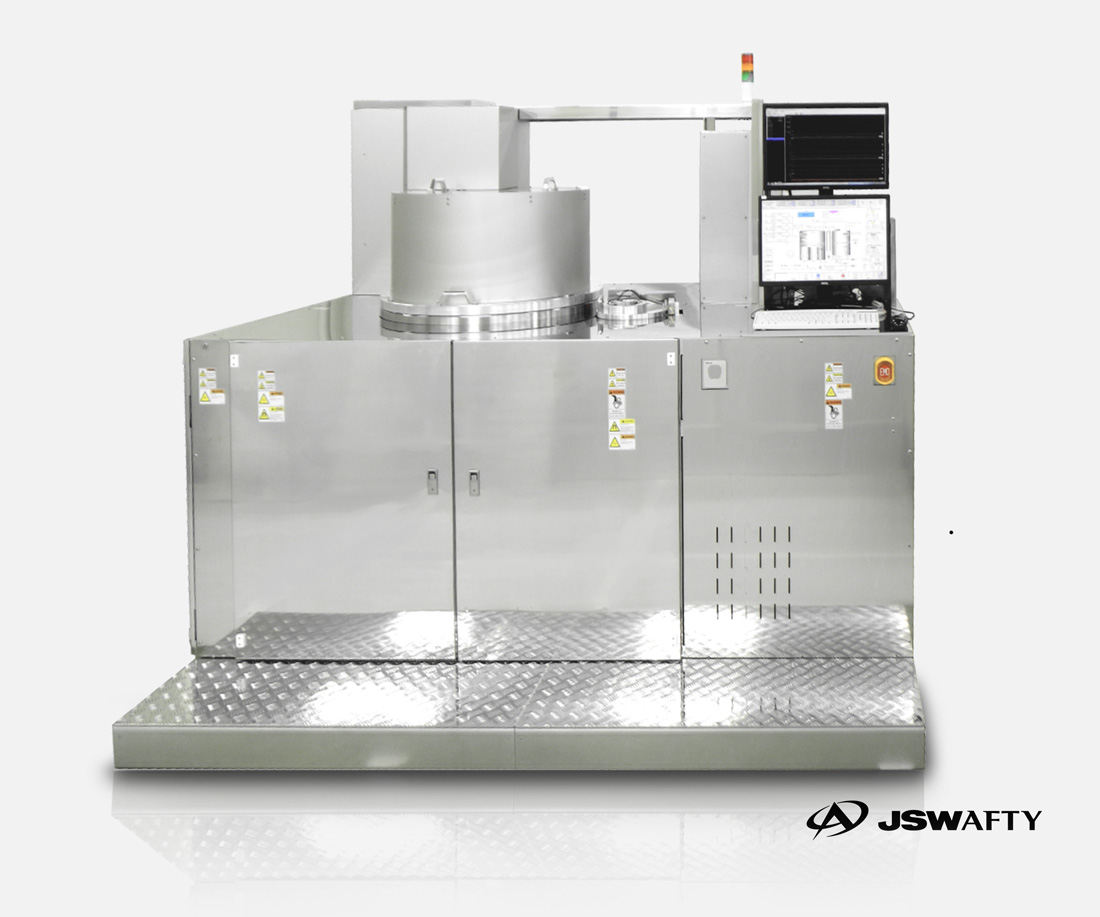 while delivering consistent homogeneity in thickness and optical parameters over the whole wafer and from run to run.

With this tool that has been continuously optimized for more than ten years, you can now take full advantage of the special properties of the ECR plasma coating technology at the push of a button. The special coating chamber configuration allows you to deposit virtually any optical thin film having a full control over the optical properties and achieving bulk-like quality from the first few nanometers. The sputter species reach the substrate with low kinetic energy, avoiding any bombarding damage. Yet the high availability of plasma electrons provides the necessary energy to the forming film to reach their lowest energy crystal configuration without the need of heating the substrate. You can even deposit low absorption optical grade a-Si-H with this tool at low substrate temperature. Further typical optical coatings that you can perform are Al2O3, SiO2, Si3N4, ZrO2, Ta2O5, carbon and transparent ITO… The coating is done with outstanding homogeneity and large growth rates over the full substrate area not only in one run but also reproducible from run to run. There are multiple options to customize the tool to your requirements. Contact us today for more information.

Contact us for specific ideas regarding your coating needs.

What is the meaning of ECR?

ECR stands for Electron Cyclotron Resonance. The plasma is generated with a microwave introduced into a plasma chamber and sustained by a strong magnetic field. The electrons are accelerated into a circular motion by the resonant magnetic field. In their path, the energetic electrons create a very large density of gas ions. Similarly to a magnetron sputtering system by means of a 1kW RF field, the accelerated ions sputter particles from a metallic target, chemically react with them, and create so a molecular gas of metals, nitrides or oxydes that deposits on to the sample to be coated. In the ECR plasma system, the disposition of the target, the plasma fields and the substrate, allow to separate the creation of the sputter particles from the deposition surface. Thanks to this arrangement, it is possible to get a large deposition rate while keeping the impact energy on the substrate very low. A high density of energetic electrons near the substrate transfers enough energy to the collimating thin film to ensure a high mobility of the sputter species on the substrate and promote bulk-like thin film density properties with very little collateral damage from bombarding species since these arrive at the substrate with a relatively low energy. Learn more in our Wiki now!

What is the difference to an ion beam deposition system?

In an ion beam deposition system, the creation of the sputtering species and the deposition are in different parts of the plasma as well, hence allowing a certain deposition control too. In the ECR plasma deposition system however, it is possible to orientate the sputtering plasma perpendicular to the deposition direction. This helps to practically avoid any accelerated recoiling sputter species to hit hard on the substrate and create unwanted ion implantation and dislocations of the growing thin film in the substrate or even on the underlying substrate itself. Strong ion energy can also lead to unwanted intermixing of layers in a multilayer system. In short: The ECR plasma allows to deposit a larger quantity of substrate particles with lower energy. The deposition rate in both systems is comparable, but the energy of the sputter particles is much lower in the ECR plasma system. The large density of hot electrons in the chamber generated by the strong magnetic field, helps the thin film to get a lot of energy to grow in its lowest energy crystal positions even without additionally heating the substrate. Thanks to this effect, the properties of thin films manufactured by ECR are strikingly close to bulk material properties. Learn more in our Wiki now!

How is it possible to control the refraction index while keeping the optical absorbtion low?

This applies to the coating of optical layers that are usually oxides or nitrides of metals such as Al, Si, Hf, Ta to name some common examples. The metal is sputtered out of the target by the strong RF alternating plasma field and the metallic species react with oxygen or nitrogen that is carefully let into the chamber with the mass flow controllers and for the most part ionized by the bombarding electrons in the ECR plasma. The such ionized gases are extremely reactive, the sputtering metal is quickly saturated with the oxide or nitride and hence the optical absorption of the growing film is close to zero. It is impressive to which point this process can be mastered in a ECR plasma deposition tool, since by leveling the portion of N2 to O2 in the chamber atmosphere, the refraction index of the thin film can be easily adjusted to fit certain criteria while keeping the absorption close to none. This means tailoring the optical properties of your thin films without compromising its non-absorption characteristics. Learn more in our Wiki now!

Do you process my wafers? How can I run a test run on your machines?

Right now we do not have the capability to act as an OEM manufacturer but we are looking for partners to be able to do so in the future. If you want to try out how our tools’ thin films work on your devices, please get in touch and send us some samples. We are eager to show off and learn about new applications. If you own JSW AFTY tools and would like to offer OEM services, please get in touch too.

JSW Afty has built a reputation for building reliable ECR plasma tools over a decade. These tools are present in virtually every laser diode manufacturer in Japan and JSW Afty is eager to share this uniqueness with other customers around the world.

Who or What is Tomosemi?

TomoSemi is a manufacturer’s representative appointed by Mitsui Bussan Electronics to promote JSW AFTY’s products and to help customers in Europe since we are local.